Wolverhampton Wanderers have reportedly lined up a replacement for speedy winger AdamaTraore who's the subject of strong interest from fellow Premier League side Tottenham Hotspur. Former club Barcelona are also monitoring the situation surrounding the 25-year-old Spanish international at the club. 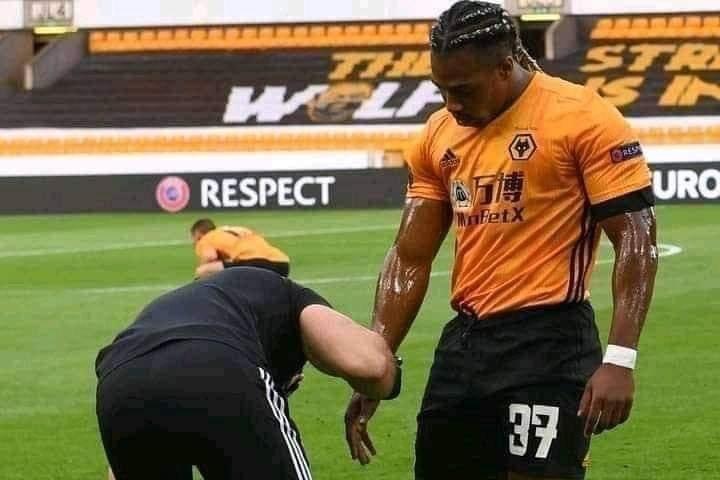 Various reports have claimed that Wolves are willing to sell Traore for the right transfer fee if Tottenham Hotspur or any other team meet their asking price for the player. Wolverhampton Wanderers are resigned to losing his services in this January transfer window or this summer's transfer window due to the failure to agree a new contract with him.

According to the report via Birmingham Live, Wolves manager Bruno Lage will ask the owners Fosunto reinvest the cash from the potential sale of Traore into his squad.

Lage wants to make signings in defence, midfield and attack but he knows that the reinforcements can't take place in a single transfer window. His priority is to use the Traore funds to sign a new centre back.

Portuguese attacker Pedro Neto is the like-for-like replacement for Traore but he's still recovering from injury. Lage has refused to set a return date for Neto after nine months on the sidelines.

When quizzed about Gibbs-White after the FA Cup third round win over the Blades at the weekend, Lage didn't confirm if the player will continue his loan spell at Bramall Lane until the end of the season probably due to the potential sale of Traore and the wait for Neto to return from a long-term injury.