Wolves are the most in-form team in the Premier League after the win over Everton in their latest game in the competition. Wolves scored two goals in four first half minutes on their way to a 2-1 home victory over the Toffees. 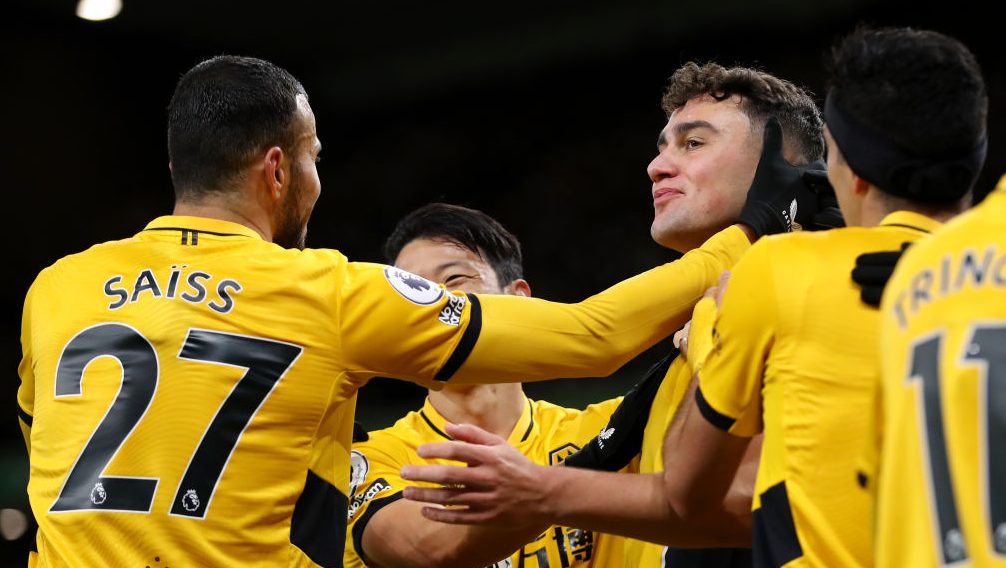 Merseyside giants Everton came into thegame against Wolves in the Black Country on the back of a two-match losing run and they conceded two goals in the first half. Wolves opened their account during the home game with Everton through Max Kilmanon 28 minutes before Mexican international Raul Jimenez added a second goal through the poor back pass from Everton defender Ben Godfrey.Young Wolves defender Kilman scored his first goal for the club with the opening goal against the Toffees.

Super Eagles star Alex Iwobi pulled one back for Everton in the second half but they could not score the second goal that would have earned them a share of the spoils at full-time. Everton manager Rafael Benitez and his players have now lost their last three matches in the league.
Wolves have the best record over the past five matches amongst the 20 teams in the Premier League with a return of four wins and a draw. Premier League leaders
Chelsea have the next best record with four wins and a loss in five games buoyed by their last win at the home of new moneybags Newcastle United. England national team right-back Reece James was the star of the game with two goals in the second half on the way to a 3-0 away win over the Magpies. Italian international Jorginho scored the third Chelsea goal from the penalty spot after Newcastle United shot stopper Karl Darlowfouled Chelsea attacker Kai Havertz in the box.
European champions Chelsea have a three-point advantage at the Premier League summit thanks to the win over Newcastle United.